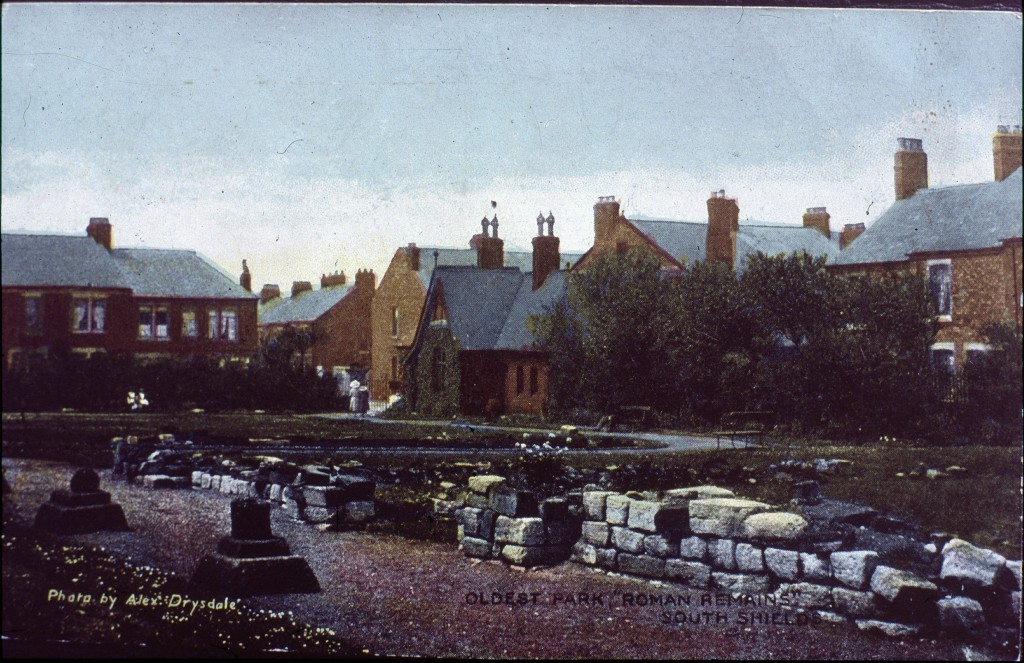 A view of the Roman Remains and People’s Park, around 1905

Much of the site of Arbeia that we see today would have been covered with streets and houses during the First World War. However, a small section in the middle of the fort site, containing the most extensive ruins, was open to the public as a park for recreation and to study the Roman Remains.  The park was created in 1880 after excavations were carried out prior to building works and public interest in the Roman ruins was very high.  It was then decided to keep 0.45 hectares of the site uncovered and the Roman Remains and People’s Park was born.  Across the Southern portion of the site was Baring Street School, part of which still stands today and is part of the museum complex and in the North West corner of the site stood the lodge or the park keeper’s house.