All Hands on Deck!

We have had a very busy time of it here in the painting conservation studio with two major new TWAM (Tyne & Wear Archives & Museums) exhibitions opening as well as some other fantastic travelling exhibitions to over see. 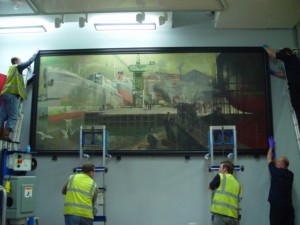 Fitting the larger paintings in the new Northern Spirit Gallery 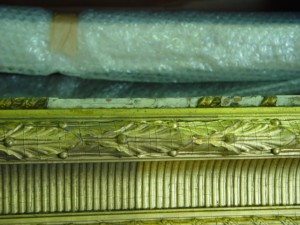 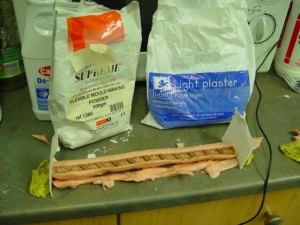 Casts made from the original frame to replace the lost areas

Carol had a lot of major work to do on the portraits for South Shields (her boys as we called them) some of which had obviously not received such attention for some time. 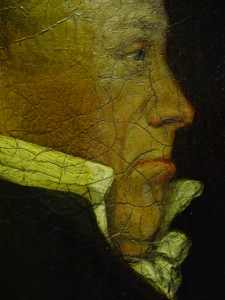 During varnish removal . The black lines all over the face are caused by the way the paint has dried due to poor painting technique 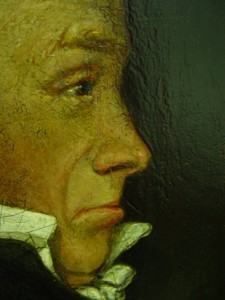 After varnish removal. As you can see on the collar, the brown varnish is no longer changing the colour and tones. It was decided to re-touch the major cracks as they were distorting the facial features. This was done with synthetic varnish and dry pigments so the retouching can be easily removed in the future

we are now cleaning the studio and catching up on the paperwork until the next onslaught of exhibitions which we will start next week with preparations for the Treasures of the Shipley exhibition 81 paintings on the list (though I’m hoping that will be narrowed down) so that it will be All Calm on the Conservation front (at least for a little while).