During the Roman period Hadrian’s Wall World Heritage Site was an incredibly diverse place, with soldiers, and civilians from right across the Roman Empire based on the frontier. Some went on to make it their home, and some died and are buried here.

The main evidence we have for this diversity is in the names of units that garrisoned the forts along the line of Hadrian’s Wall itself and across the wider environs that make up the World Heritage Site. Roman auxiliary units are often named after the place where they were first raised. Looking at this evidence of names we can see units that originated in Spain, Romania, Iraq, Belgium and North Africa, for example. There is much debate about whether such units kept recruiting from their homelands when their soldiers died or retired, or if they started to recruit locally. The evidence, such as there is, indicates that both may well have been options.

For about two hundred years Roman soldiers were forbidden to marry while serving. Auxiliary soldiers would gain citizenship after their service was complete, but until the Emperor Caracalla extended citizenship to all occupants of the Roman Empire in the early third century AD, only children born after their father became a citizen would inherit that status themselves. It is possible that the unofficial children of serving soldiers would join their father’s unit in order to gain citizenship for themselves.

So while the evidence of a unit name does not absolutely guarantee that it contains first generation recruits from its homeland – there is likely still to be a familial tradition.

The one unit known to be from North Africa that is recorded on Hadrian’s Wall was based at the fort of Burgh by Sands in Cumbria. It was called the Numerus Maurorum Aurelianorum (the Unit of Aurelian Moors), and was formed in North-west Africa in the area of Algeria/Morocco today. Its name suggests that it was raised in the late second century AD during the reign of the Emperor Marcus Aurelius.  It is believed that it was based at Burgh by Sands through the third and fourth centuries AD. 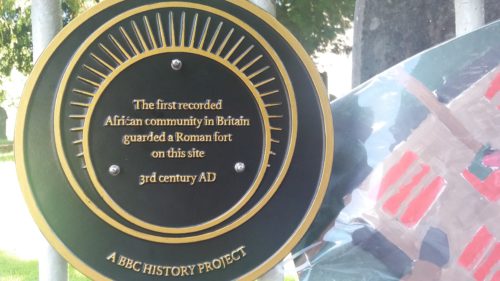 There is also evidence of North African cultural influence on life on the Wall. Archaeological excavations at several sites, including Segedunum Roman Fort at Wallsend, have uncovered examples of casserole pots and flat dishes for use on a brazier, in styles that were common in North Africa. Since it is unclear if the vessels were made by potters from North Africa, or just potters trained in North African traditions, this is probably better interpreted as a fashionable style of pot rather than evidence of a North African presence, but shows how other cultural traditions were absorbed into the Roman Empire.

However, there is one absolutely unarguable piece of proof for the evidence of someone from North Africa on the frontier zone, and that is the tombstone of Victor, an ex-slave who came from the same area of North-west Africa as the unit at Burgh by Sands. 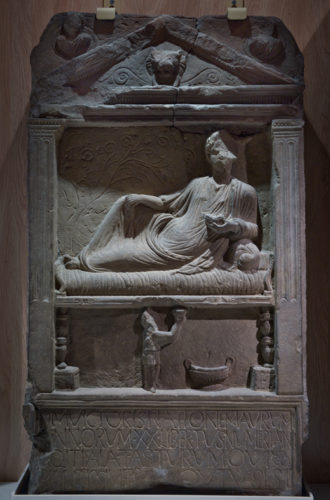 The tombstone is exceptionally fine, and incidentally almost certainly carved by a Syrian.  A detailed description of can be found at https://www.blog.twmuseums.org.uk/the-victor-tombstone/

It is also possible that the tombstone hints at a same sex relationship https://www.hadrianswallcountry.co.uk/media/news/celebrating-hidden-lgbtq-histories

So, a fascinating tombstone – that reminds us that people can have multiple identities and stories. But also is the clearest evidence we have for the presence of someone from the African continent living (and dying) on Hadrian’s Wall World Heritage Site.

But was this an isolated example? Was there really a significant African presence along Hadrian’s Wall? A way to think about this is to consider how few tombstones we have recovered from Hadrian’s Wall World Heritage Site. Considering there were estimated to be some 15,000 troops serving on the Wall at any one time, with let’s assume a similar number of civilians, servants and slaves, we could have a population of say 30,000 people for a period of 300 years. Yet we have recovered evidence of only around 100 tombstones from the Wall zone so far. It would seem beyond unlikely that we have the tombstone of the only person from Africa who made it to the Wall.

Study of DNA from remains from Roman York and London clearly reveals the presence of people from Africa in Britain and of course the Emperor Septimius Severus, who died at York in the early third century AD, was born in the territory of modern day Libya. 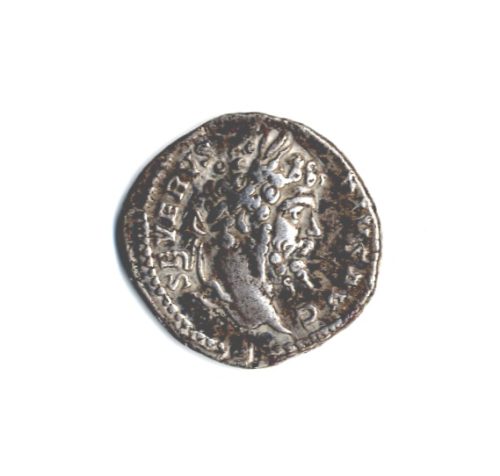 Archaeology rarely deals in certainties – but the evidence does indicate that people from North Africa lived, served and died here two millennia ago. The Wall zone may have been the edge of the Roman Empire, but it truly consisted of people from all across that Empire.