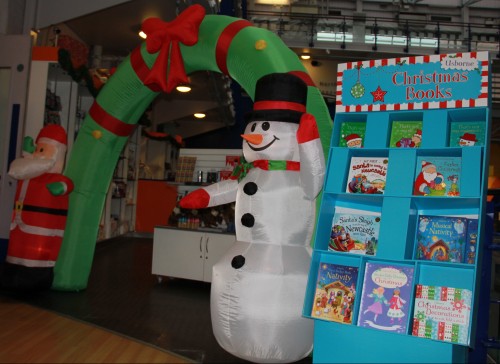 Discovery Museum is all decked out for Christmas, and it inspired me to look into some of our most common Christmas traditions and where (and when!)  they came from.

In Britain, our Christmas traditions are so closely linked with the holiday itself that you might think the traditions we practice now have been around as long as the holiday has existed. But most of them have only been here for less than 200 years. Many of us decorate the tree, send cards to loved ones, pull Christmas crackers, and receive gifts from Santa. (If we’ve been good!) These traditions have grown into integral parts of celebrating Christmas, despite being relatively new. 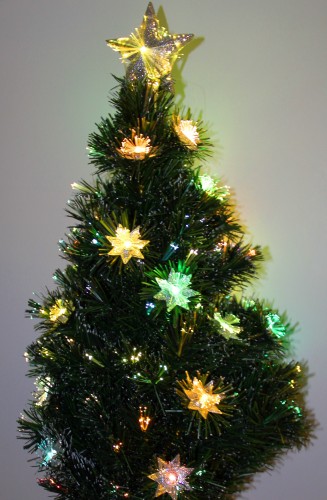 The Christmas tree tradition began in England with Prince Albert, when he brought the traditional German ‘Tannenbaum’ to Windsor Castle. An etching of the Royal family celebrating Christmas around the tree was published by Illustrated London News in 1848.

Soon every fashionable household had to have one! In the early days, they were decorated with lit candles (a real danger!), natural decorations like pine cones and dried fruit, scraps of ribbon and brightly coloured trinkets, sweets, and small presents like toy soldiers and dolls. 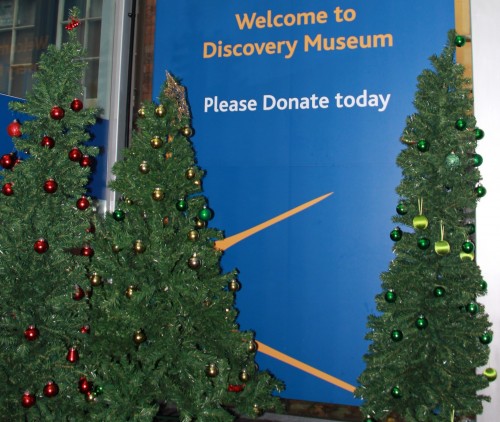 (We at Discovery like getting in on the Christmas tree action too!) 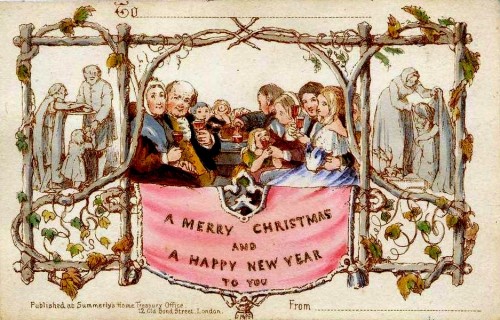 The first Christmas card in Britain was designed by John Callcott Horsley in 1843 for Sir Henry Cole (1808-1882). The card depicted a well-to-do family celebrating, and to either side the charities of feeding and clothing the poor. 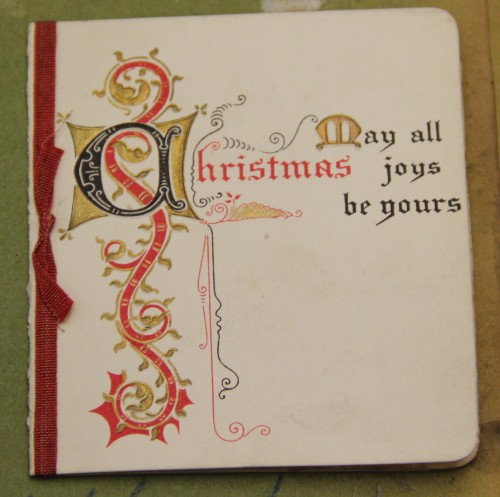 (Charity by the better-off for the less fortunate is another Christmas tradition that comes from the Victorian period, influenced by Charles Dickens’ ‘A Christmas Carol’.)

Horsley’s cards were sold for a shilling, putting them out of the price range of the poorer Victorian. But the sentiment was picked up quickly, and children were encouraged to make their own Christmas cards. 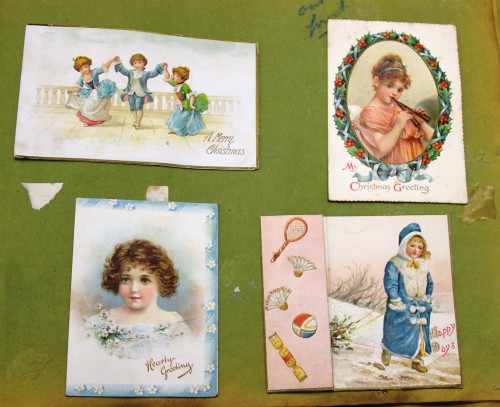 By the 1880s, sending Christmas cards was extremely popular, with 11.5 million cards produced in 1880 alone. The reduction of postage from one penny (introduced in 1840) to a halfpenny (1870) meant that even more Victorians could participate in this Christmas tradition.

Christmas crackers were invented by Thomas Smith, a London confectioner, in 1848. He had seen Paris confectioners sell bonbons (sugared almonds) wrapped in twists of paper. He came up with the idea of a Christmas cracker, a package filled with sweets that snapped when pulled apart. It is said that the snap was inspired by the sound of logs crackling in the fire. The sweets were replaced by small gifts and paper hats in the late Victorian period. 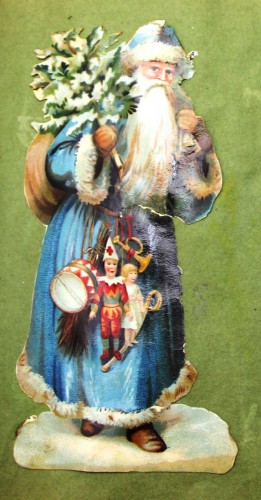 The image of Santa Claus, as we know him today, took shape in the Victorian period. The image is an amalgam of multiple characters.

Father Christmas is traditionally part of the old English midwinter festival, he dressed all in green and signaled the turn of the year and return of spring.

Sinterklaas originated in Holland, inspired by Saint Nicholas, and became known as Santa Claus in the 1870s in Britain. It is from Sinterklaas that Santa got his reindeer and sleigh and penchant for delivering presents. 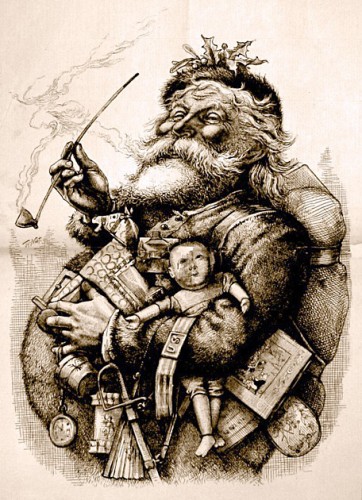 In 1881 the American Thomas Nast created a drawing of Santa Claus that heavily influenced the modern image of Santa Claus. This accompanied Clement Clarke Moore’s poem ‘A Visit from St. Nicholas’, generally known as ‘The Night Before Christmas’- “Twas the night before Christmas and all through the house/ not a creature was stirring not even a mouse.”

Now it might seem like Boxing Day has always been a tradition- to recover from celebrating and eat all the Christmas dinner leftovers, but Boxing Day is a surprisingly recent celebration. 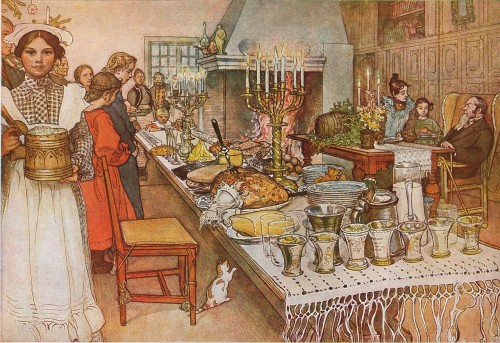 Originally, Boxing Day was the day that the servants and working class opened boxes (hence the name) of gifts of money given by wealthier Victorians. It was sometimes given as a day off, because in Victorian times servants and workers were expected to be in to cater for wealthier people over Christmas.

What other Christmas traditions do you have that come from other places and times? What are you favourites?

Merry Christmas and a Happy New Year from Discovery Museum!