If we wonder often, the gift of knowledge will come.

So claim the Arapaho, a group of native Americans who live in the central United States.

I can completely agree with this.  As Assistant Keeper of Archaeology at the Great North Museum: Hancock, I’ve had the pleasure of curating diverse collections  encompassing British archaeology, Egyptology and World Cultures.  For the next six months, however, I’ll be concentrating purely on our wonderful World Cultures collections, where I’ll be researching the material culture of the native peoples of North America.  Thanks to the Headley Fellowship with Art Fund who are generously funding my project, I will be able to examine and assess every object within this collection to uncover their hidden stories and histories.  I will be allowed time “to wonder”.

My initial investigations have been focused on some spectacular argillite carvings made by the Haida people.  The Haida live on Haida Gwaii, an island off the coast of British Columbia, Canada, also known as the Queen Charlotte Islands. 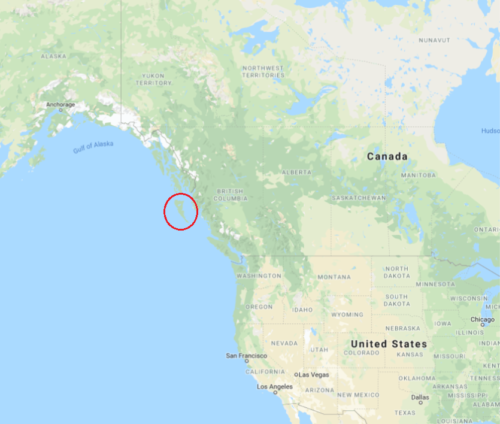 The type of material used for these carvings, argillite, is a unique type of rock that is only found in one place on Haida Gwaii.  Carvings such as these are known as crest poles.  They’re actually miniature versions of the large cedar wood poles the Haida would carve, sometimes referred to as “totem poles”. 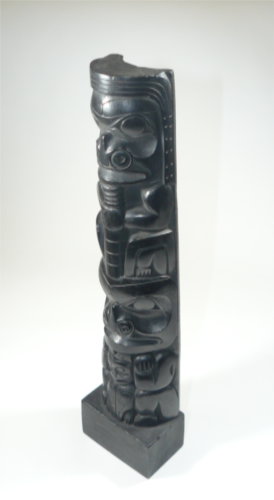 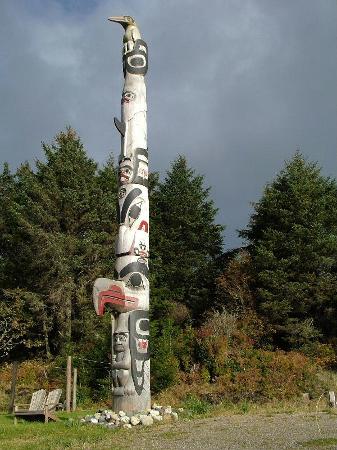 When the practice of carving these huge wooden structures died out in the late 19th century, many carvers took to using argillite to make smaller versions which made excellent souvenirs for tourists interested in Haida culture.  These were often sold to European traders, which is why many of these poles can be found in museum collections.  The crests carved into the poles show both animals and supernatural beings from the Haida past and their myths, and they combine together to tell stories.

We can often determine which animal or being is represented on a pole. 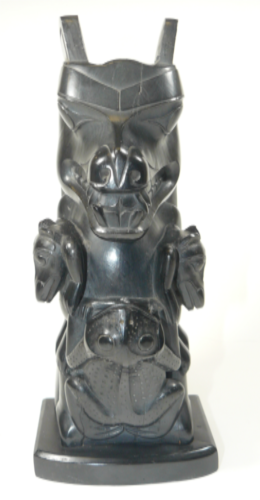 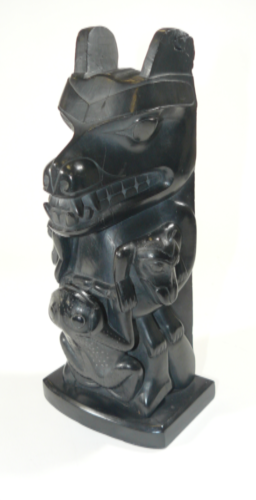 This crest pole shows a Wolf with two cubs and a frog.  It’s much harder to try and work out what story is being told by the carving though, as many of the Haida’s stories have been lost over time.  It’s been said that it is best to imagine these carvings reflecting flickering firelight on an evening, or reflecting the light of a bright sunrise, as it is at these times the argillite will come alive to tell us its story.

If you’d like to investigate one of these crest poles for yourself, take a look in our World Cultures Gallery where there’s one on display.  There are three animals on that crest pole, but I’ll let you guess what they might be…

This research is made possible through a Headley Fellowship with Art Fund.