Assistant Keeper of History Adam Bell at South Shields Museum and Art Gallery shares how a floating hospital stemmed the influx of infectious diseases into South Tyneside in the late 19th century.

A late 19th century floating hospital once moored at Jarrow Slake in South Tyneside was a clever local solution to prevent the danger of importing infectious diseases from overseas ports. 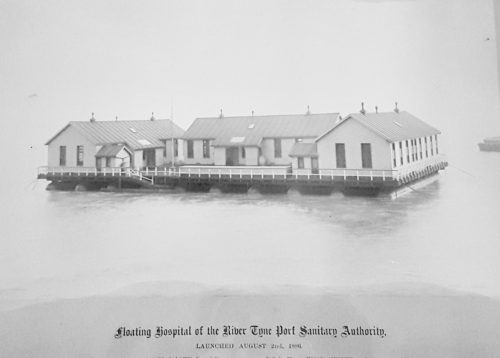 The Port Sanitary Authorities (PSAs) checked shipboard health and conditions, and ships with visible signs of disease on board were required to be disinfected and the sick removed to an isolation hospital. 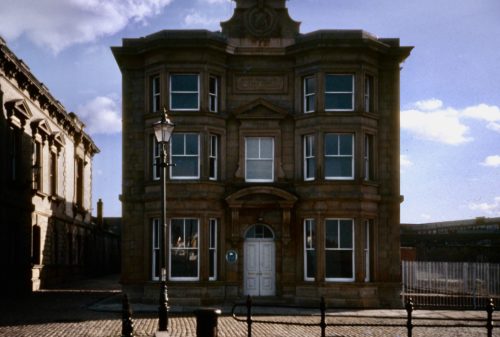 TWCMS : 2011.2066 What was the South Shields River Police and Tyne Port Sanitary Authority Office, at the Mill Dam next to the Customs House, South Shields. 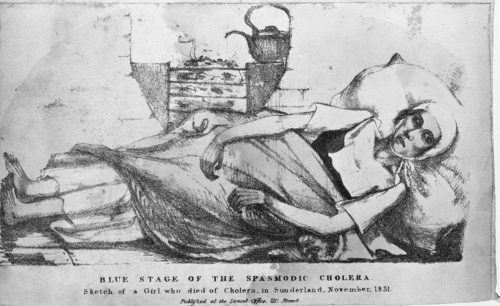 Of these, 17 cases were treated at the floating hospital. That year, due to a serious smallpox epidemic on land, an additional 51 patients were also admitted for treatment from districts which had no suitable hospital provision. 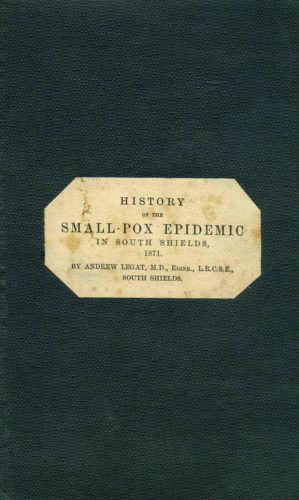 TWCMS : 2013.1200 Booklet “History of the Small-Pox Epidemic in South Shields, 1871”, written by Andrew Legat and published in 1871. The text was originally a paper read on 15 June 1871 before the Northern Branch of the British Medical Association at Tynemouth.

The floating hospital at Jarrow Slake had three main buildings each consisting of a six-bedded ward and a four-bedded ward, divided by a nurses’ room and bathroom. Each ward had a scullery and a water closet. A small mortuary was located behind the central ward. A yellow and black flag was flown when there was infection on board.  The Tyne PSA shared a building with the River Police, beside the Customs House at Mill Dam, South Shields from 1886 until 1985. As for the floating hospital, with the improved watch kept on the health of ship’s crews and the establishment of isolation hospitals ashore, the floating hospital was declared redundant and was scrapped in 1930. 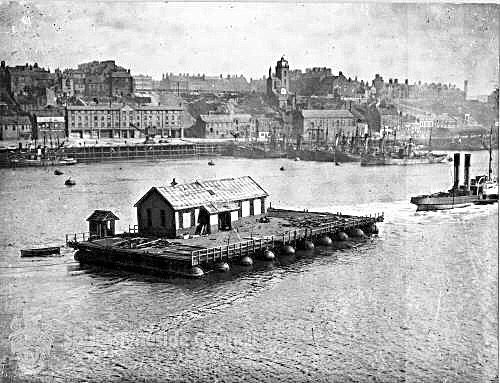 Image courtesy of South Tyneside Libraries [ref. STH0000056]. Here, the partially dismantled structure is towed away to the breakers.