← Would you Adam and Eve it! 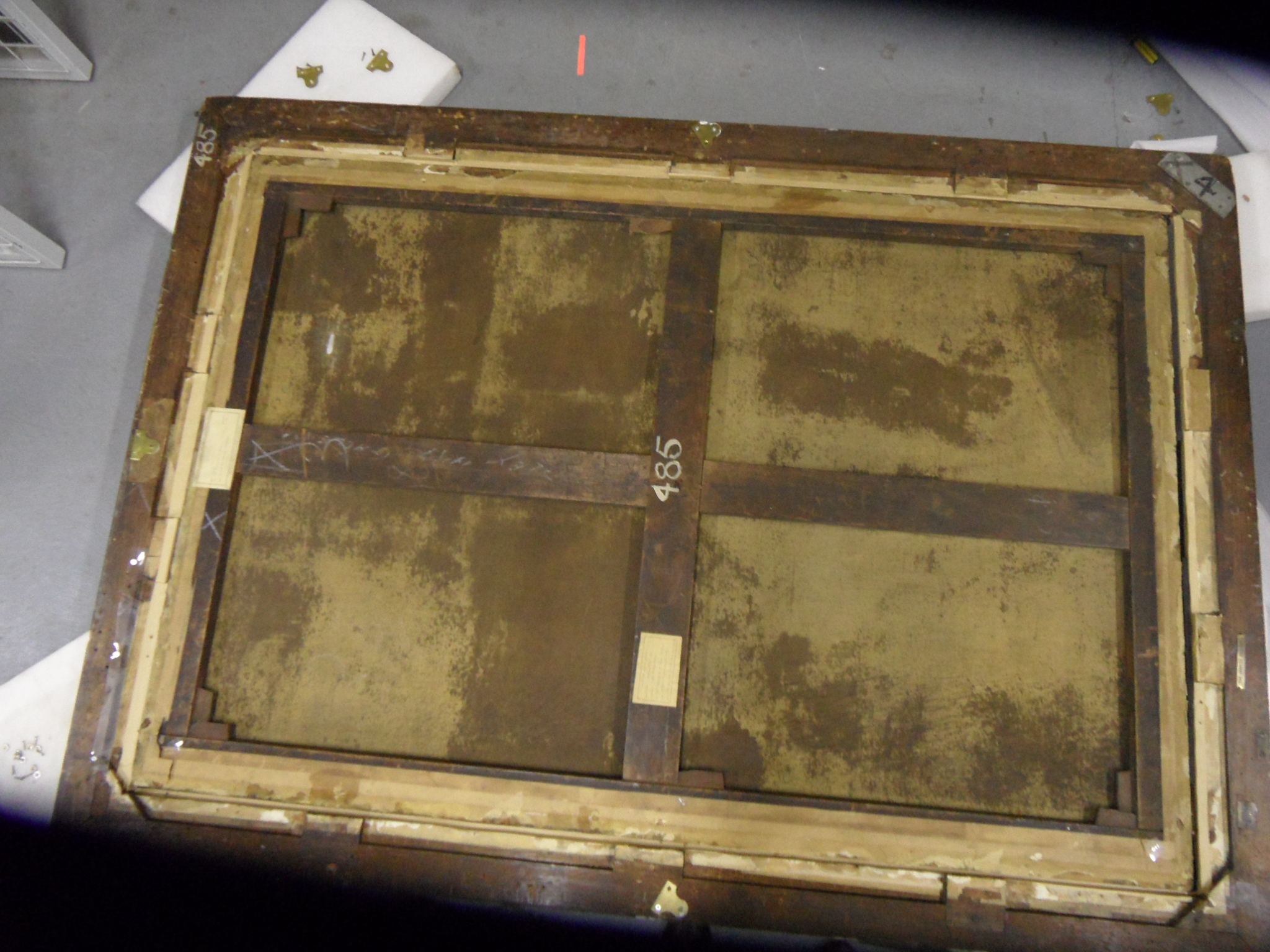 Secondary support (stretcher)
• The canvas is attached to a large Square (bute) jointed stretcher with a solid horizontal crossbar and a two-part vertical crossbar. This is unlikely to be original to the painting as expanding stretchers as canvas supports were not used before the 18th c
• All of the keys are present and tied in.
• The stretcher has been expanded by about 4 mm on each corner
• It’s in good condition with only a slight bowing on the two verticals.
• There are two exhibition labels attached to the stretcher bars one for the Royal Academy in London for the winter exhibition of 1962 and another one for the Graves Art Gallery Sheffield for an exhibition of Dutch masterpieces in 1956
• On the back board there is a second exhibition label from the National Gallery for an exhibition called Paradise which was more recent.
• The Shipley Art Gallery is chalked on the central bar with what is possibly an old accession number 485 (also written on the frame.)
Canvas
• The original canvas is a medium weave which has been lined on to a fine close weave canvas with a wax resin lining.
• None of the original turnover edges remain.
• There is considerable bleed through in patches on the back of the lined canvas indicating that it was hand lined. See photo
• There are splash marks on the back of canvas on the left-hand side.
• There are dark spots on the back of the canvas particularly noticeable in the lower section indicating that the canvas has probably been damp at some points with possible mould growth.
• There is a small repair visible on the back of the canvas in the top right hand quadrant which corresponds to a slight indent on the front of the painting.
• The canvas is attached to the stretcher with rusted iron tacks and brown gummed tape.