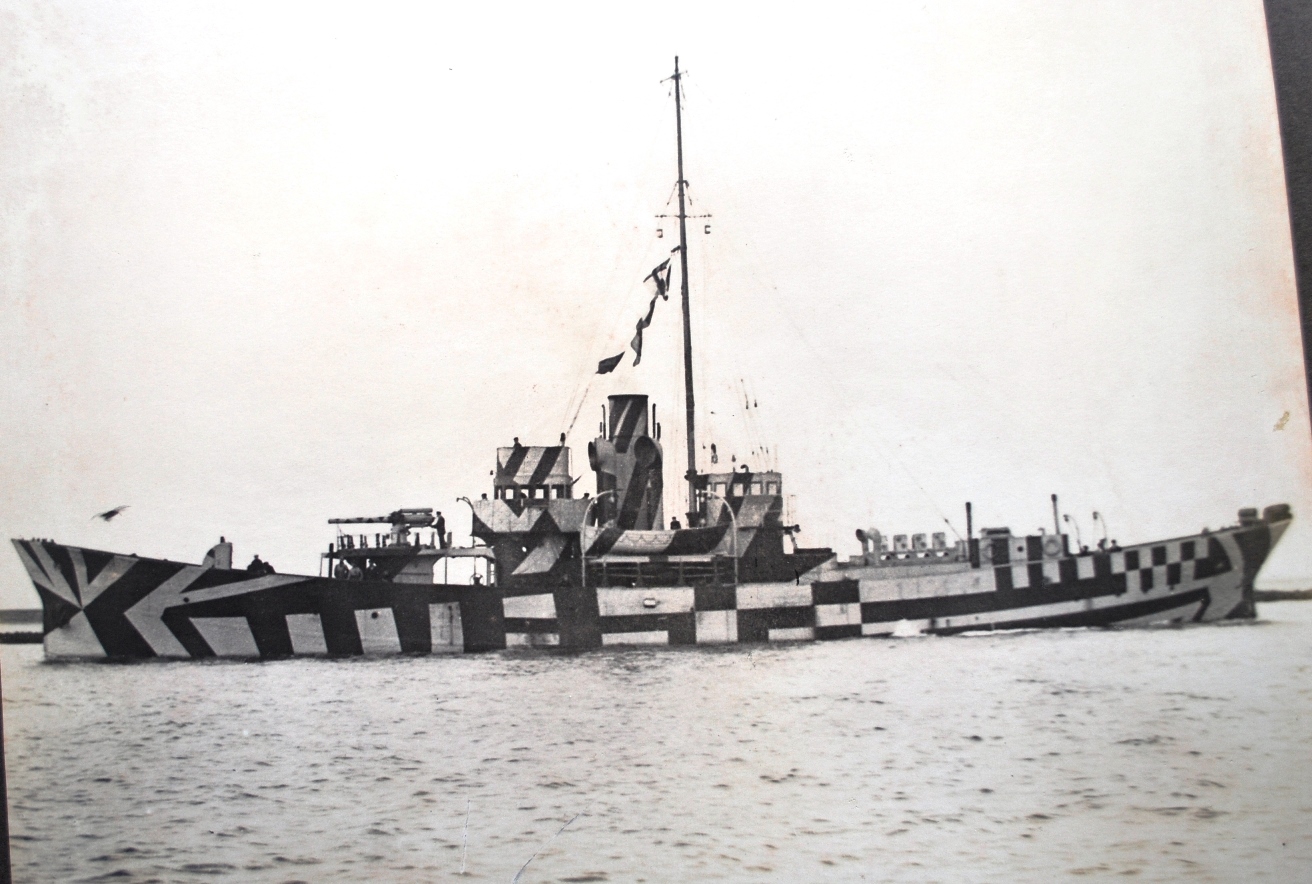 6. Photograph of dazzle painted Z class anti-submarine patrol boat, based on a whale catcher design. Fifteen of these boats were ordered from Smith’s Dock South Bank shipyard on the Tees in March 1915 to combat the U boat threat. All were completed between August and November 1915. The theory was that ships designed to hunt whales would prove successful submarine hunters. Unfortunately although the Z class boats were very manoeuvrable they were not very seaworthy and no more orders were placed. (TWCMS : 1993.9590 – Smith’s Dock Notable War Jobs album)