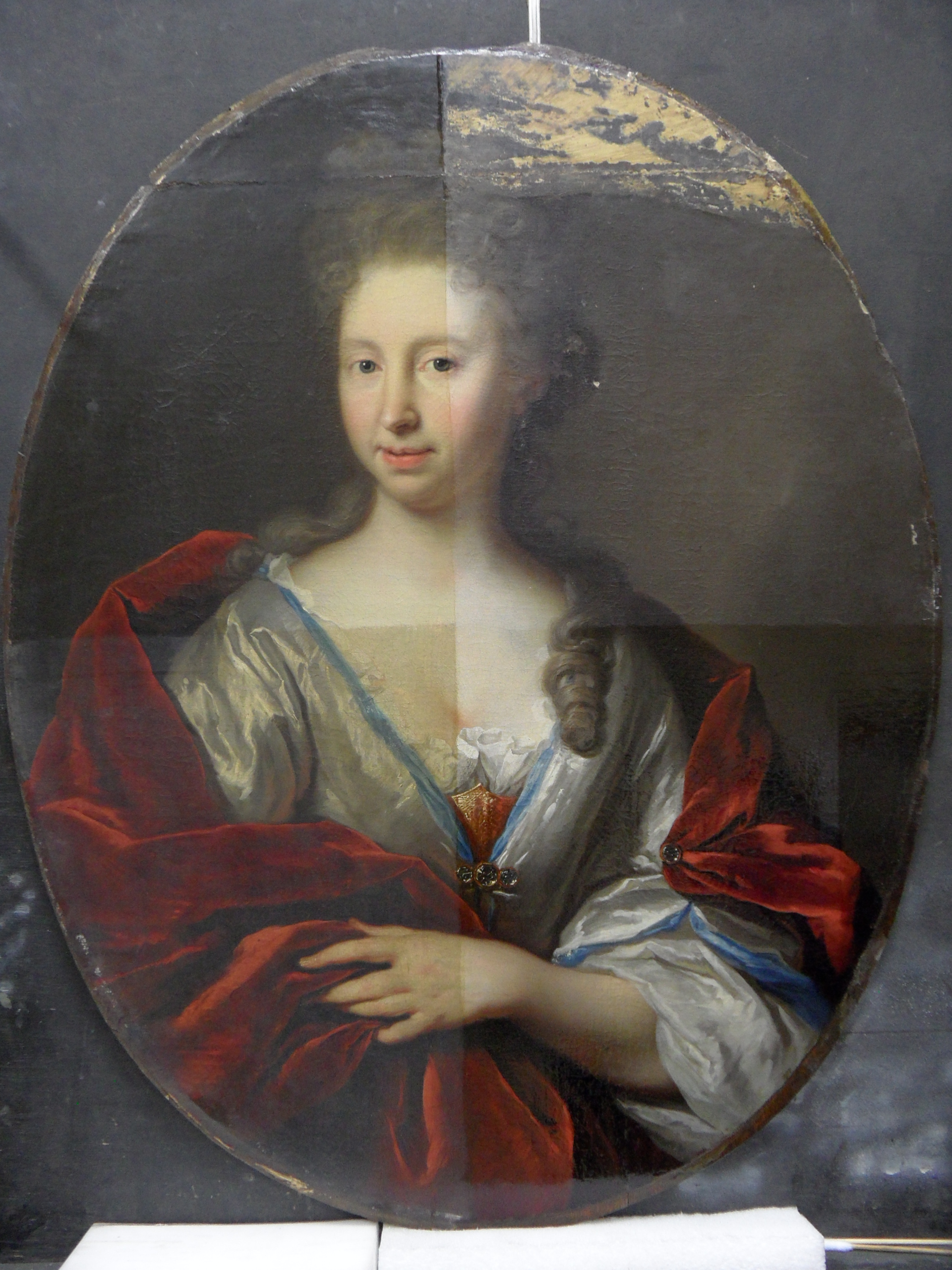 The Painting
This high quality portrait came into the Hatton collection when it was part of Durham University. There is very little information about it apart from it was partially restored by Helmut Ruhemann in 1960.
Condition
This oil painting is on a canvas covered panel. Marks around the outer edge of the painting (known as stretcher bar mark) lead to the conclusion that it was originally a stretched canvas and has been mounted onto the panel at a later date. The panel is attached to the vertical planks, but the top horizontal plank has shrunk and ripped the canvas. Old fills and retouching in this area are evidence of older damage. There is a second rip in the canvas (centre right) and paint loss to the right of her hair. The paint is cracked with age and lifting slightly around the edges of the cracks. The surface of the painting was covered with a thick layer of dirt on top of a yellowed varnish with drip marks running horizontally across the face.
Treatment
The bottom left section has had the thick dirt layer left in place for display purposes. In the top left section the yellow and discoloured varnish has been left in place. The top right section has had the varnish and old retouching’s removed, damages consolidated, and filled ready for retouching. The bottom right section has been fully conserved, retouched and varnish to a display standard
The Frame
Condition
This hand carved and gilded frame is typical of an 16th C frame and was very damaged. The wooden joints had split with chunks missing from the inner edge. The gesso and gilding were missing or flaking in many areas and the surface dirt was so thick that the gold appeared to be discoloured bronze paint until cleaning tests revealed the 24ct gold underneath.
Treatment
The frame has been glued back together. In the bottom left section the frame has been untouched, with the thick layer of dirt and flaking finish. In the top left section the dirt has been removed to reveal the damaged gilding and gesso. In the top right section the gesso and gilding has been consolidated and filled for re-gilding. The bottom right section has been re-gilded and then toned to match the original gilding.