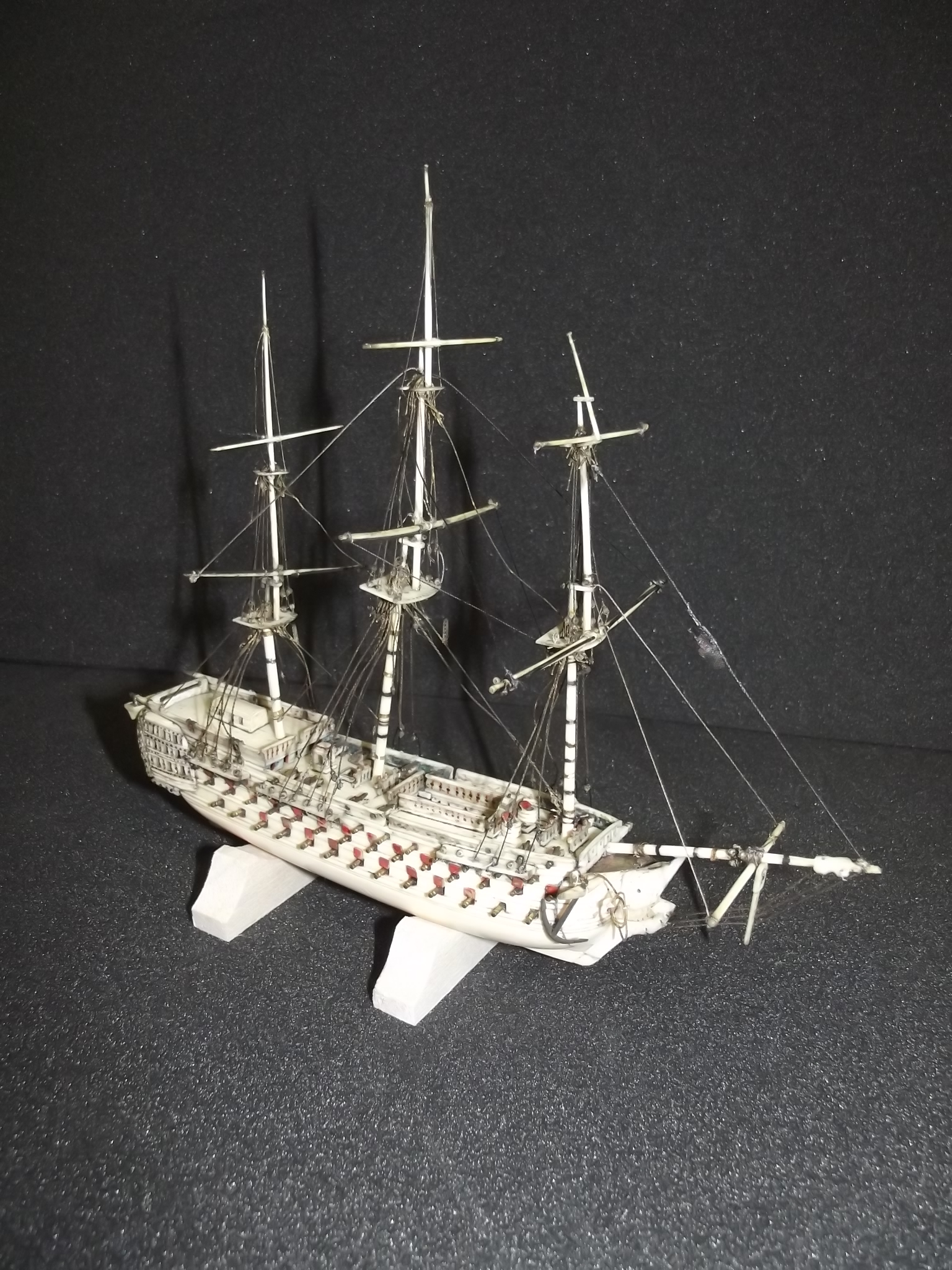 This model of a Man o’ War has been crafted from animal bone by a Napoleonic prisoner of war. The prisoners made objects from bone, straw and wood which were easy to find, in order to produce high quality objects such as woven straw boxes and models of ships and guillotines.
“Man o’ War” was a Royal Navy term from the age of sail for a powerful warship which had many cannons. This model represents one of the largest of these with 104 guns on three decks, although it is not modelled on any particular ship.
The model was very badly damaged; the masts had broken and had detached from the model, and much of the rigging was broken and tangled. The masts have been put back into position using a two-part adhesive, and the rigging has been repaired and replaced, but only where it has been possible to identify where the original rigging would have been.